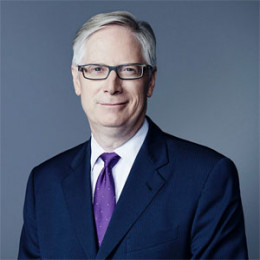 Tom Foreman began his career as a local television reporter in Montgomery, Alabama, at WSFA. in the year 1981 while he was still in high school.

After college, he worked for WSFA in Montgomery, Ala., and then for WWL-TV in New Orleans, La. Tom worked as a traveling reporter for ABC News from its Denver bureau for ten years. In 2000 he moved to Washington to become the senior anchor for National Geographic and managing editor for 'Inside Base Camp' and won an Emmy Award as best interviewer.

In 2004 Foreman joined CNN, Washington-based bureau, where he covered a broad range of topics. He also led the network’s show “American Journey” series, that looked at businesses, individuals, and societies, uncovering ways to innovate and thrive despite the struggling U.S. economy.

He even wrote a weekly newspaper column, penned more than 1400 open letters to President Obama on CNN.com, and anchors CNN’s year-in-review show on New Year’s Eve.

Tom Foreman is married to Linda Foreman since 1986. The couple has a daughter named Ronnie Foreman.

Till this date, no rumors about his extra-marital affair has surfaced in the media. Tom seems to be living a happy life along with his beautiful wife and daughter with no signs of getting a divorce.

Foreman's actual salary and net worth are still under the curtains. However, on an average, a CNN journalist gets an annual salary around $89,000 to $96,000. So Foreman most probably earns more than that has he has an experience of more than three decades.

Tom Foreman is married to Linda Foreman since 1986.The couple has a daughter together.The couple still shares a strong bondr.

Ronnie is the only daughter of Tom and Linda Foreman.