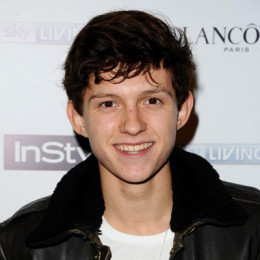 An English actor and dancer Tom Holland is well known for his role in Billy Elliot the Musical at the Victoria Palace Theater and the 2012 movie "The Impossible".

The 20-year-old actor or we should say the new Spiderman is rumored to be dating his co-star from the movie Zendaya Coleman. However, the couple often said they aren't more than good friends.

Tom Holland holds an estimated net worth of $4 million.

Tom Holland was born on June 1, 1996, to Nicola Elizabeth, who is a photographer and Dominic Holland, who is a stand-up comedian.

Holland attended Donhead Prep School. After that, he joined The BRIT School for Performing Arts and Technology. From his small age, he had a very keen interest in hip-hop dancing so he joined Nifty Feet Dance School where his specialty was recognized by his choreographer when he saw his outstanding performance in 2006 Richmond Dance Festival. He was also starred in "UK Stars of Tomorrow - 2012".