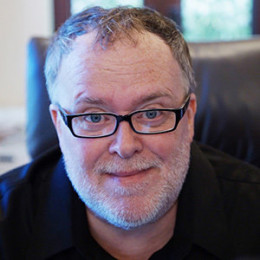 Tom Leykis is an American talk radio personality best known for hosting nationally syndicated show The Tom Leykis Show (1994-2009) and internet StreamCast/podcast from 2012 to present. He was born in The Bronx to father Harry Leykis and mother Laura Leykis and is of Irish, Jewish and Ukrainian descent. Tom grew up along with his two sisters and a brother. He graduated from Newfield High School and dropped out from the Fordham University while studying broadcasting due to financial issues.

Tom Leykis is working as a show host since 1970 and the theme he used in his shows about perspective towards women have been popular. Tom Leykis worked with Westwood One production company which was once sued by Karen Carpenter of Alaska. Another interesting fact about him is the On-Air murder confession during his show which gained a wide popularity. Tom has been married four times but has no children yet.

Christina is a reporter for FOX 11 in Los Angeles. She was found having extra marital affairs which led to their divorce.

She used to be his show's listener and has a very low profile in the records.

Susan was Tom's fourth wife and had the longest relationship with him. She accused Tom of attacking her with filing police assault in domestic violence.