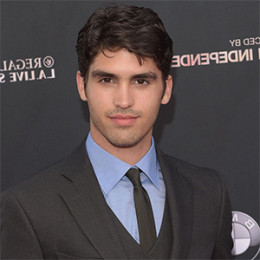 An American actor, Model, Director, and Writer , Tom Maden is currently single. He is well known for his role as Rigo from "Make it or Break it". His father is an ordained minister. He has appeared a starring role alongside Willa Fitzgerald in Scream. His notable series were switched at birth, parenthood, according to Jim and 7th heaven. He has completed his reality show Endurance three: Hawaii in 2004, finishing in fifth place.