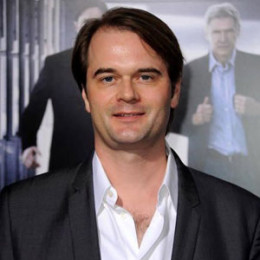 Tom Vaughan is a Scottish television and film director who is most known for his work at Cold Feet and He Knew He Was Right and What Happens in Vegas. He also appeared in Extraordinary Measures for cinema.

The talented and famous director Vaughan was born on 5th of September 1969 in Scotland to Peter and Susan Vaughan. He holds Scottish nationality and belongs to white ethnicity. For his first seventeen years, he lived nearby Helensburgh. At his childhood, he along with his friends acquired a video camera from his friend’s and started recording short films.

Tom attended weekend acting classes at the Royal Scottish Academy of Music and Drama and he later appeared in a supporting role in the STV children’s television series named Stookie. He and his friends used to make zombie films, war films and comedies in the woods behind his home, the surrounding hills, and the Clyde Naval Base.

Later on, Vaughan moved to study drama at the University of Bristol and completed his graduation with a Bachelor of Arts in Drama.

After completing his graduation, Tom moved to London where he produced his first short film titled Super Grass which was broadcast on Channel 4. Before he began directing mainstream television films and series, he dissected several other short films and commercials.

The promising director Vaughan was also involved in episodes of the ITV comedy drama named Cold Feet. In the year 2003, he directed Deborah Moggach’s two-part drama for the BBC One titled Final Demand. Following year he again directed the BBC adaptation of He Know He Was Right.

In the year 2006, Vaughan directed the Playtone BBC Films Starter For 10 and again the Regency Enterprises feature film named What Happens in Vegas. He was happy to work with Ford in his most anticipated series Star Wars which was his inspiration to make his first amateur films in beginning days. Vaughan has also worked alongside Disney superstar turned pop sensation Miley Cyrus in her feature film named So Undercover and has planned to direct the romantic comedy Boomsday.

The 47-years-old director is possibly single and is not dating anyone. He never likes to flash out his personal life to media as he is a privacy loving person.

Tom’s net worth has not been revealed yet but as he has participated and directed several hit films. Although his current net worth is estimated to be more than $1 million.