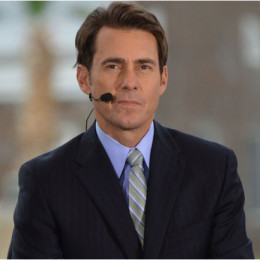 Tom Verducci is an American sportswriter, well known as the writer for Sports Illustrated and online magazine Sl.com. He also writes about baseball.

Tom Verducci was born 2nd December 1960 in East Orange, New Jersey and grew up in Glen Ridge. He joined Seton hall Perp based in West Orange, New Jersey, later enrolled into Penn State, and graduated with a B.A in Journalism and made his appearance in the first edition of The Weekly Collegian.

On 12 July 2016, he disclosed that he was a Mets fan growing up. He also has a brother named Frank.

After a year serving at Florida Today, Tom Verducci shifted to New York Newsday in 1983 and worked as a columnist in 1990. He started writing for Sports Illustrated in 1983. He is also a regular guest on The Dan Patrick Show.

Despite his writing career, he also works in television. He serves for MLB Network, where he works as a 'baseball insider' and co-hosted various programs along with Bob Costas.

Verducci also reported his first World Series in 2014 for Fox alongside Joe Buck and Harold Reynolds. He was also the manager or non-former player to be in the broadcasting booth as a color commentator for a World Series telecast since ABC's Howard Cosell in 1983.

Tom Verducci is married to Kristen. Since their marriage, the couple shares two children together, two sons. One of their child's name is Adam, whereas another's name is yet to be disclosed.

Tom Verducci earns a decent amount of money from his writing career and Broadcasting career as he has written numerous books and broadcasted many games also.

As of 2017, Verducci's total net worth is estimated to be $1.7 million. He is living a happy and celebrity life along with his wife and children in Belle Mead, New Jersey.

Tom Verducci married Kristen. Since their marriage, Verducci and his wife share two sons together till date.