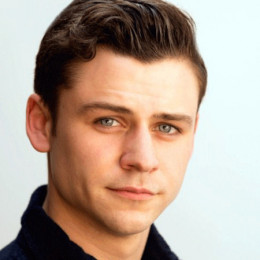 An English actor and musician from Epsom, Surrey which is well known for his roles in movies like Angus, Thongs and Perfect Snogging (2008). He attended City of London Freemen's School. After watching movies like A Clockwork Orange, Pulp Fiction and American Psycho along with his father he was inspired to be an actor. From the young age of 13 he started to pursue acting career. When he was still in early teens he started acting and performing with a band called Blackspray. He has already starred in TV series like BBC One series Robin Hood, M.I.High and in several BT adverts.

Talking about his personal life he is still bachelor. He has not revealed any information regarding his girlfriend. In social media sites his name has been linked with a girl but he has not officially confirmed it. It seems like he wants to keep his love life secret from media and public. He is regular user of social media app twitter and his fan can follow in his twitter account @TommyBastow to get more updates on him.