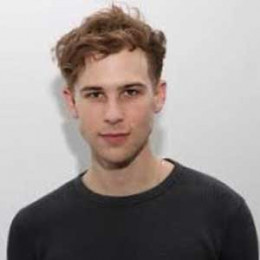 Tommy Dorfman is an American actor as well as a writer from Atlanta, GA. He is well recognized for his portrayal of queer intellectual Ryan Shaver on the Netflix original series 13 Reasons Why.

Tommy Dorfman was born on May 13, 1992, Atlanta, Georgia, USA. He is the youngest of five siblings. As a child prodigy, he had an interest in acting, cooking and making music videos.

Tommy began his career at the age of 8 as a dancer and performed with the Atlanta Ballet Company. He made his debut on the Netflix original series ‘13 Reasons Why’ associating with co-stars Justin Prentice. Furthermore, Dorfman made an appearance in 2013’s In My Skin and stage production Enigma Machine. In future, he desires to play the first gay superhero or be the part of gay romantic comedy opposite Matt Bomer.

Tommy is gay and is married to Peter Zurkuhlen. Peter is the Food and Tech Entrepreneur. The duo met at a housewarming party of their mutual friend in 2012.

They got engaged in April 2015. They got married on November 12, 2016, in a ceremony organized in Portland. The couple is currently residing in an apartment in NYC.

Tommy got matching tattoos a semi-colon, alongside fellow actress, Alisha Boe and executive producer, Selena Gomez on their wrist. The tattoo indicates suicide prevention, the project initiated by the non-profit organization.

Dorfman has accumulated a good sum of money from his career as an actor in Hollywood. His exact net worth has not been disclosed, but looking at his lifestyle, he surely must have a huge earning.

Actor Tommy Dorfman married the Food and Tech Entrepreneur Peter Zurkuhlen in the year 2016 November 12 in a ceremony organized in Portland.