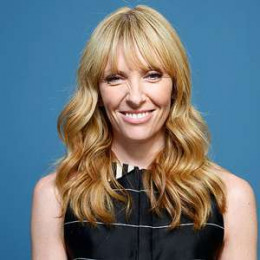 Toni Collette, an Australian actress and musician, is currently married to Dave Galafassi since 2003. Toni was born to mother Judith, a customer service representative and father Bob Collett, a truck driver. She completed her high school studies from Blacktown Girls' High School and then went to Australian Theatre for Young People and National Institute of Dramatic Art. Her acting career began in with comedic roles in films such as Spotswood and Muriel's Wedding.

Dave Galafassi is an actor and a musician, specifically a drummer. They have two children together.

Toni was born as the first child to the couple on 9 January 2008. She looks cute with blonde hair in the available pictures.

Arlo Robert Galafassi was born on 22 April 2011. There is not much information about him except a few pictures.