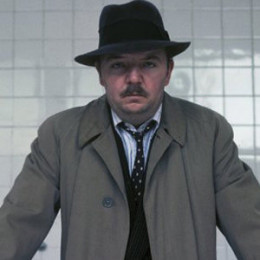 Born as Anthony Tony Haygarth, Tony is mainly known for his works as an actor in English television, film and theatre. He completed his college studies from Liverpool College, Liverpool. However, he did not start his career as an actor at the start. Before turning to acting, he tried working as a lifeguard, an escapologist, and a psychiatric nurse. All of them were unsuccessful. As he had played many roles in police and historical dramas as well as situation comedies, he got selected for the role in the movie "Percy" in 1971 which was his debut movie.

He is mainly famous as the actor who played leading roles in Kinvig as the titular character in "Where the Heart Is" as Vic Snow from 1997 to 2002. He worked in the 1979 version of Dracula as well. Haygarth is also a scholar of Shakespeare's Dark Lady. He has worked as an analyst on Nicholas Hilliard portrait, Mistress Holland on the identity of Dark Lady. He has married Carol Haygarth and has two children with her, both daughters.

Tony is married to Carol Haygarth happily. They have two children together, both of them daughters.

Katie graduated from LAMDA in 2010, and has worked successfully as an actress since. She is also skilled in physical theatre, skin work, puppetry, Shakespeare and Comedy. She is also a skilled person in Horse riding.

Becky is the second daughter of Tony. She previously worked as a manager in The Cats Inn. Currently, she works as a fundraising volunteer in Hospice in the Weald. She currently lives in Pembury.