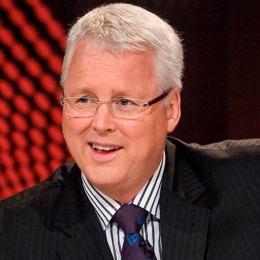 An Australian television journalist who is widely popular as host of the 2010 Australian Federal Election. He attended the University of Sydney. He started his career in broadcasting in the Australian Broadcasting Corporation as a radio current affairs cadet. Later he joined Four Corners program as a reporter. During 1994 to 1996 he worked as ABC's correspondent in Washington D.C. Since 1999, he is hosting ABC TV's Lateline news and current affairs. For his service in journalism field he has been awarded with Australia's leading journalism awards, "Outstanding Media Practitioner of the Year" in 2005 and many more.

Regarding his marital status he is already tied in knot with his longtime girlfriend who is his fellow ABC journalist. They first met each other in Paris while he was working as ABC's UK correspondent. In an interview they describe their love as love in first sight. After dating few years they turned their relationship into marriage. Together they are parents of two children.

Professionally she is a journalist at Australian Broadcasting Corporation (ABC). After they met each other in Paris, they fall in love with each other and finally got married few years later. They are blessed with two children.

He is his son from his previous relationship. He hasn't disclosed name of his mother.

He is the first son from his marriage and the second child overall. He is handsome and talented.

He is the youngest son of the family. He resembles more like his mother.