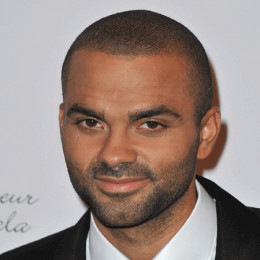 A French professional basketball player who was named as NBA Finals MVP in 2007 after he lead the San Antonio Spurs to victory over the Detroit Pistons. He is son to Tony Parker Sr. and Pamela Firestone.His father is also professional basketball player. When he was kid he was fascinated in soccer but later he changed his mind after he saw evolution of Michael Jordan into a global basketball superstar. Before he entered in 2001 NBA draft he played for two years in the French basketball league. He was in the team of Spurs when they won four NBA championships in 2003, 2005, 2007 and 2014respectively. Beside playing basketball he is also singer of his own music album, TP. He was named as EuroBasket 2013 MVP for his team's victory over Lithuania.

He was all over headline after he was injured during the fight of Chris Brown and Singer at W.I.P nightclub in the SoHo district of New York City for which he filed $20 million suit against the night club. Exploring his personal life he is happily married man. He is father of one son from his marriage. Prior of being married with his current girlfriend he was previously married to an American actress, producer. After three years of their marriage relationship they got divorced due to some personal reason.

Professionally, she is an actress. After dating a year couple got tied in knot. Everything was going well between them until they got separated in 2010 for some unknown reason.

Professionally, she is a Journalist. their marriage ceremony was held in San Antonio, Texas, on Saturday in presence of their family and friends. Together the couple is parents of one son.

He is the only child of the couple. He is very handsome like his father.