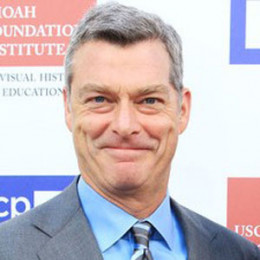 Tony Ressler is an American businessman who co-founded the private equity firm Apollo Global Management in 1990 and Ares Management in 1997. He along with Grant Hill are the owners of the Atlanta Hawks. His wife is Jami Gertz and they have three sons named Oliver Jordan Ressler, Nicholas Simon Ressler, and Theo Ressler.

The famous businessman, Tony was born in 1959 to a Jewish family and was one of the five children of his parents. His parents are Dorothy Ressler and Ira Ressler.  His father was an attorney and distinguished World War II veteran.

Ressler attended Georgetown University’s School of Foreign Service and received an MBA from Columbia University’s Graduate School of Business. After his school, he worked at Drexel Burnham Lambert where he researched Senior Vice President in the High Yield Bond Department with responsibility for the New Issue.

John Hannan, who was the Drexel’s managing director, head of the Mergers & Acquisitions Group and the co-head of the Corporate Finance Department along with Craig Court, a lawyer who worked with Drexel’s high-yield division in Los Angeles, Arthur Bilger, the former head of the Drexel’s corporate , Marc Rowan, Josh Harris and Michael Gross worked under Black in the mergers and acquisitions department in Apollo Global Management.

Ressler belonged to an investment group which made a successful bid led by Mark Attanasio in order to purchase Major League Baseball’s Milwaukee Brewers. Furthermore, he formed a group which includes former NBA player Grant Hill to purchase the Atlanta Hawks of the National basketball association.

Ressler’s sister Debrah Ressler is married to Apollo co-founder Leon Black and his brother, Richard Ressler is the principal and founder of CIM Investment management.

As Tony is a popular businessman, his net worth is reported to be around 1.67 billion USD.

Jami is an actress best known for her roles in the movies like Less Than Zero, The Lost Boys, Crossroads and Quicksilver. She became the wife on Tony in 1989.

Oliver Jordan Ressler was their first child, born in 1992.