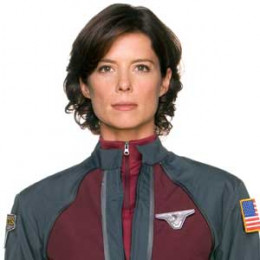 A theater actress, Torri Higginson is best known for her popular movies Stargate Atlantis, The English Patient (1996) and Stonehenge Apocalypse (2010). She portrayed Commander Delaney Truffault in Season 1 and 2 of Dark Matter. She started her career in television shows with Forever Knight in 1992.

Higginson started her career in television shows with Forever Knight in the year 1992. In 1995, '.Torri Higginson starred in the movie 'Jungleground.'

She is well known for her role of Dr. Elizabeth Weir from Jessica Steen in a guest spot on the season eight opener of Stargate SG-1.

Higginson cast in the CBC television drama series entitled 'This Life as Natalie Lawson', in a role of lifestyle columnist and single mother.

As of 2016, she portrayed Dr. Kessler on the KindaTV web series 'Inhuman Condition.'

In 2000, Torri Higginson won Gemini Award for Best Performance by an Actress in a Continuing Leading Dramatic Role for The City. In 2004, she won nominee for a Saturn Award for Best Supporting Actress on Television for Stargate Atlantis.

Torri Higginson was in a relationship with Paul Raven, British Musician. Raven was the bass player for the band Killing Joke.

She also dated a Canadian musician John Kastner. He was the member of the band called Doughboys.

In 2005, there was a rumor about Torri getting married to Michael Shanks, Canadian actor, and songwriter. But it turned out to be false. Currently, Higginson is single.

Torri often posts photos of her traveling to different places. She is living a lavish lifestyle and maintaining a living standard like that she must certainly have a net worth not less than seven digits.