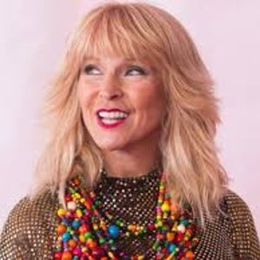 Toyah Willcox is a musician with a youthful-looking figure in her 60s. The blonde beauty recently broke headlines while she went braless under cheerleader costume to launch a new song with husband Robert Fripp post bizarre performance on her exercise bike.

Toyah Willcox is blissfully married to a musician Robert Fripp, a founder and guitarist of the rock group King Crimson. The pair tied a knot on 16 May 1986 in Poole, Dorset, England. Their close friends and family attended the ceremony. 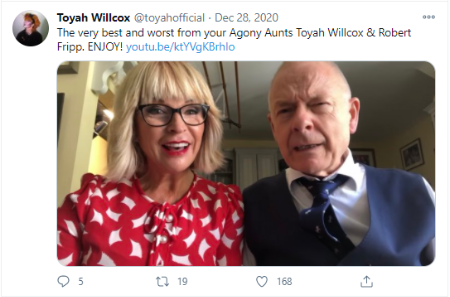 Toyah doesn't have any children with Robert Fripp, despite the fact, the duo enjoys one another's company. The flaming haired says she is blessed to have Robert Fripp in her life.

Toyah,64, has an estimated net worth of $15 million earned from her career as a singer and actress. To date, the blonde beauty has altogether eight top 40singles, released more than 20 music albums, and has written two bestselling books.

Toyah Willcox has been enjoying luxuries with her husband for three decades. The pair has two homes, so even though they spend most of their time together, there is somewhere to escape. 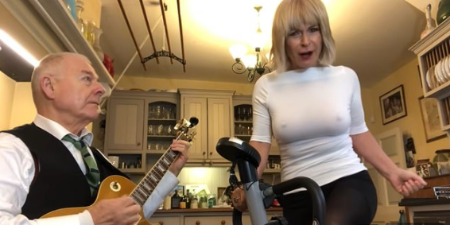 Before marriage, Her spouse lived at Thornhill Cottage in Holt, Dorset, from 1971 to 1980. After putting the Dorset house on sale, he settled down in Fernhill House in Witchcampton from 1980 to 1987.

Right after selling Reddish house, the pair spared time living at Evershot Old Mansion until 2001. From 2002, the record producer and his wife reside in Worcestershire.

Toyah Willcox does not only adds millions of dollars to her fortune and real estate but also spends some amount in funds, donations as well. She took responsibility for sponsoring Black Country Urban Park in 2007 for the People's £50 million Big Lottery Fund. In the same vein, Toyah participated in the Great Walk to Beijing and her colleagues to raise money for Olivia Newton Johns cancer charity in 2008.