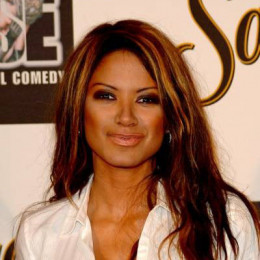 Traci Bingham is a professional model, actress and television personality who is best known for her role as Jordan Tate in Baywatch with her co-star Pamela Anderson. She is the daughter of Lafayette Bingham, an aircraft technician and Betty, a librarian. She is of African American and Italian heritage. She spent her childhood in west Cambridge,Massachusetts and she attended Harvard Extension School.

In 2007, she appeared on VH1's The Surreal Life: Fame Games and won the grand prize of $100,000 Golden-palace. Once she had her photo on the cover of Playboy Magazine. She was first married to a man with whom she stayed with for just couple of years and got divorced. After getting separated from her first husband she got married again and is happy with her second marriage with her second husband. She is rumored of being pregnant but has not been confirmed yet.

He has played small roles in movies like Maverick (1994). The couple stayed together just for couple of years.

He is said to be a banker by profession. The couple are happy in each other's presence. They had been dating since 2003.