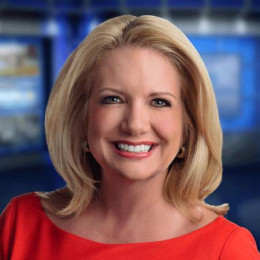 Tracy Davidson is an American journalist who co-anchors NBC 10 News Today. She is a news presenter for WCAU in Philadelphia, Pennsylvania.

Tracy Davidson was born on June 10, 1963, in the U.S. She is American and belongs to the white ethnicity. She enrolled at the State University of New York and completed her graduation from Temple University.

Davidson is a co-anchor of NBC 10 News Today which was telecast on weekdays from 4-7 am. She is associated with the news station since 1996.

Till now she has won 5 Emmys, including a Mid-Atlantic Emmy Award in the "Outstanding Service News". She was honored with the Pennsylvania Most Powerful and Influential Women Award by the National and Pennsylvania Diversity Council in 2013.

Tracy Davidson was married to her boyfriend David Tinsch who is a videographer by profession. The couple were together for twenty years and got separated due to having some complications in their relationship.

There is no any information on her children. That was her first marriage and after that, she hasn't been married to anyone. She has had a breast cancer with which she dealt with full strength and got recovered successfully.

Davison is active in journalism since 1996 and till the date, she has worked with many reputed channels and earned impressive sum. Her estimated salary is $500,000 per year but there isn't any concrete figure available regarding her net worth. However, it is assumed to be in millions of dollars.

Besides this, she is living a lavishing life and owns many expensive property and cars.

He is a videographer/producer. The couple were together for twenty years and got separated. Detailed information about their marriage has not been disclosed yet.