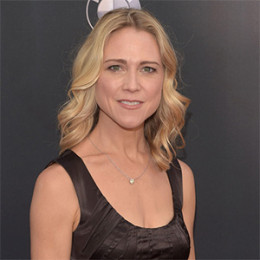 Tracy Middendorf is an American actress working in movies, television, and stage as well. Along with actress, she is also known for her work as a producer.

Tracy Middendorf is married to her husband, Franz Wisner in 2005 at an intimate ceremony in the presence of their closed ones and family members. The couple shares two children.

Tracy Middendorf holds a net worth of $1 million from her acting career.

Tracy Middendorf was born as Tracy Lynn Middendorf on January 26, 1970, in Miami Beach, Florida. She holds American nationality and belongs to White ethnicity/race.

She left the senior year of her high school, Pickens High School, to attend the performing art school in Miami. Tracy attended the State University of New York later at Purchase and began her professional career in acting when after getting a role in the TV show Days of Our Lives in 1992. She is known for her works in

She has even worked in the first three seasons of Boardwalk Empire series. Tracy won American movie award for Best Actress for her work in the movie Snowflake. Some of her notable filmographies include Angel, Ally McBeal, Six Feet Under, Beverly Hills and House, Mission Impossible III, New Nightmare and Reaching for the Moon.

Besides acting, she is also working on her self-made photography project and has been working in "Shutter to think" project which helps to support the programs for girls around the world through photography.

Franz Wisner is a well-known author known primarily for his book "Honeymoon With My Brother". They married after their long relationship. They even had a son before getting married.

Calvin was born when Tracy was unmarried. Tracy married Franz when Calvin was two years old. There in not much information about Calvin.