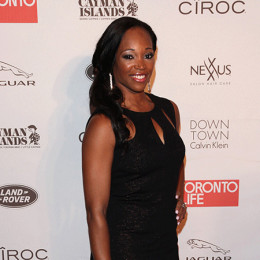 She is a Canadian Television personality, best known as the host of Canada’s longest running lifestyle show "Cityline" aired on City, since 2008. She started her career as a videographer for CBC Television and later joined City. She has earned B.A. in Political Science from McGill University located in Montreal and from the University of Western Ontario, she received her Master's degree in Journalism.

Her personal life, is sweet and simple. Till now she has been married only once and with her husband she has raised two children: a son and a daughter. Images of this happy family can be viewed on the internet easily. She has stayed loyal towards her family members, as she has no extra affairs and other such relevant activities. To know her better we can follow her on Twitter and Instagram @tracycityline.

He is a former journalist and entrepreneur. Detailed information about their marriage are out of media's radar reach.

He is the first child of Moore, who was born safe and sound.

She is an adorable girl, who was born healthy.