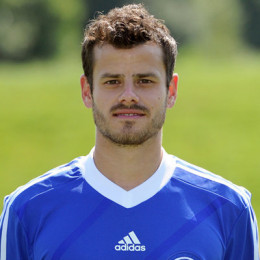 A well known professional Swiss football player who is currently playing for his club Schalke and also for Swiss national football team squad. Currently, he is loaned to Eintracht Frankfurt. His parents are form Italian descent, thus he hold both Italian and Swiss citizenship. He began his youth career in football from FC Rotmonten St. Gallen from 1991 to 1996 and then left for St. Gallen. He is adored by Swiss national team for bringing "drive, skill and maturity".

Regarding his marital status he is unmarried but until now he has not disclosed name of his girlfriend may be this is due to his own privacy reason. He once stated in media that he is in relation with a girl who works in St.Gallen. Because there is not any concrete information about any girlfriend, there was a rumor that he is gay but he later denounced the rumor.