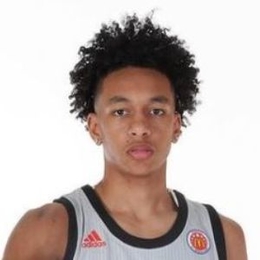 Tre Mann is best known as an American basketball player for the Oklahoma City Thunder of the NBA. Tre 6ft 3in Tre plays in the position of Point Guard.

Who is the Girlfriend of Tre Mann?

Sorry girls, The Basketball Champ, Tre Mann, is no more single. Mann is dating a lady named Elissa Desantis for the past few years. The couple has not yet revealed when they began seeing each other. Nonetheless, Tre signifies being romantically linked to Tre Mann since late 2019. 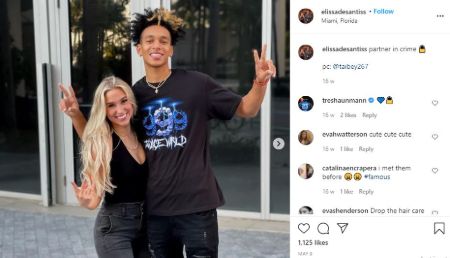 Addressing his girlfriend, Elissa is sweet-hearted and rarely misses her partner's match. Elissa often attends the stadium to encourage her love to cheer him up. Ellisa and Mann even celebrated their "we time" at restaurants, Christmas, and other holidays.

One can notice the rooted and romantic bonding between the two. Still, neither Ellisa nor Mann spoke regarding marriage. The lovebirds might step down the aisle someday in the attendance of close friends and family. But for now, Mann and his girlfriend are both too young for the move.

Tre Mann began playing basketball for The Villages Charter Schools in The Villages, Florida. Tre played college basketball for the Florida Gators averaged 20 points and 5.6 rebounds per game. The Oklahoma City Thunder selected him with the No. 18-overall pick in the 2021 NBA Draft.

Watch the video of Tre Mann's best plays at UF.

In the senior season, Mann got selected to play in the McDonald's All-American Game and Jordan Brand Classic and averaged 23.6 points with 4.9 rebounds per game. Not to mention, Mann was considered a five-star recruit by 247Sports.

When it comes to the networth, the emerging athlete who plays as a Guard for Oklahoma City Thunder has summoned the staggering $8 million. The sources Hoppshype claims that Tre earns a whopping salary of $2901,240 per annum.