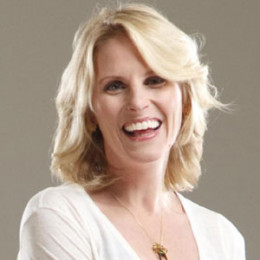 Trenni Kusnierek is a sports anchor known for her work in Comcast Sportsnet. She is a multi-talented former Milwaukee television journalist and a presenter. .

Born on April 30, 1977, in Pittsburgh, U.S. Trenni Kusnierek grew up with her siblings. She belongs to white ethnicity. Her zodiac sign is Taurus.

Trenni worked at WDJT-TV, FSN Pittsburgh, ABC Sports and FSN Wisconsin and also served as a reporter and a studio host for the MLB Network. She then worked for the Big Ten Network and NFL Network.

Trenni worked along with Kevin Harlan and Rich Gannon as a sideline reporter for the Green Bay Packers for a year. Again she joined WTMJ(AM) in Milwaukee from the year 2011 to 2013. She was also hired by NBC Sports to cover the winter Olympics 2014.

Trenni is active on different social media including Twitter and Facebook. She tweeted and said she is not interested in having a husband and don't ever want kids and she has irritation to marriages.

Although she expressed her negativism towards marital bond, there's a rumor that she is dating. It is said that she has a boyfriend but is trying to hide it from the media.

From the past fifteen years, Trenni has dealt with debilitating mental health issues in the form of chronic depressions and anxiety.

The promising reporter, Trenni has not disclosed her net worth and has not given total property valuation but as she is a part of different organizations her net worth is reported to be more than $1 millions.

Trenni also earns from other works which include sponsorship and advertisements. She is involved in the ads of NIVEA and other multinational brands