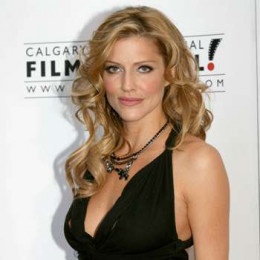 Tricia Janine Helfer is a professional model and actress, who is known for portraying the humanoid Cylon Number Six in Ronald D. Moore's re-imagined Battlestar Galactica TV series. As a model, she has been featured as the cover model on the 2007 issue of Playboy Magazine. She was born to Dennis and Elaine Helfer and is of Swedish, Norwegian, German and English descent.

Accounting her personal life, she is a happily married woman. She first met her husband while attending her mutual friend's party and since then the two are together. Her husband is a Lawyer by profession. Though the two are married since 2003, yet they don't have any children which might be due to their busy working schedule. Besides, there is no any record of her past relationship history till date.

He is the first and only husband of Helfer, who by profession is a Lawyer. The two are together as husband and wife since 2003.