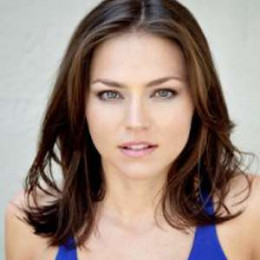 An American actress, Trieste Kelly Dunn,is currently single. Dunn studied theater at the North Carolina School of the Arts. She began her movies from Mysterious Skin in the role of Date in Blood Prom. He has acted in many films.Her famous movies are United 93,banshee and Cold Weather.She has also worked on the FOX TV series named Canterbury’s Law in a character of Molly McConnell.

Trieste Kelly Dunn is single. Guest starred on HBO's Bored to Death. Dunn began a recurring role as U.S. Marshal Allison Knight, on the NBC drama Blindspot. In 2016, she is played Natalie an event planner on Almost There that is airing on the Audience channel. Her current movie is Blindspot she has a role of Allison”Allie”Knight in Knight. She is beautiful. She was named one of the '25 New Faces' of Filmmaker Magazine.