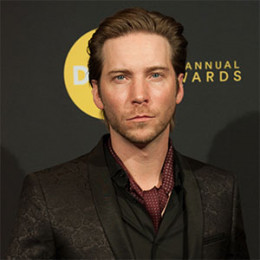 American voice actor and musician, Troy Baker began his voice acting career with radio commercials. In 2015, he won D.I.C.E. Award for Outstanding Achievement in Character for his work Talion in Middle-earth: Shadow of Mordor.Baker is best known as one of the few actors to have portrayed in Batman (Lego Batman 2: DC Super Heroes, Lego Dimensions, and Batman: The Telltale Series).

Troy Baker was previously married Kimberly Beck on 11th December 2004 and divorced in 2006. Then he married Pamela Walworth on 13th October 2012. Baker is the lead singer and guitarist for the band called  'Tripp Fontaine', whose music is featured in the movie named 'Striking Range' (2006).The Third: The Girl with the Blue Eye, Basilisk: The Koga Ninja Scrolls are his popular anime.

He married Pamela Walworth on 13th October 2012.Baker is best known as one of the few actors to have portrayed in Batman.