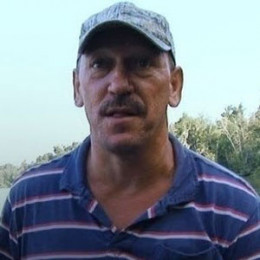 Troy Landry is famous from the Television reality show "Swamp People," which is a history documentary drama show. He also featured in some popular movies like "The Wolverine" and "Dawn of the Planet of Apes." He is a married man and has three children together.

Troy Adam Landry, known as Troy Landry, an American professional alligator hunter born on 1, January 1970 in Louisiana, the United States to father Duffy and mother Myrtle. He grew up along with his brother Guy Landry. From his early age, he saw his family hunting alligators for living from where he decided to continue the family profession.

He began his Television career in the reality series “Swamp People”. He appeared in all the episodes of “Swamp People” since it started in 22, August 2010.

In 2014, he featured in the “The Queen Latifah Show.” In the year of 2013, he served for the commercial of “The Wolverine,” directed by James Mangold and “Dawn of the Planet of the Apes” in 2014, directed by Matt Reeves.

His amazing work in reality Television show got him a chance to feature in ‘Choot’Em Angry Swamp,' an arcade style mobile app game.

Troy Landry is a married man. His wife is Bernita Landry, who is a facilitator at Pierre Part Elementary School and a publicist.

The pair is blessed with three children together named Brandon Landry, Jacob Landry, and Chase Landry. They are also grandparents of four children.  The couple currently lives Pierre Parte Louisiana with their children.

As 2017, Troy Laundry net worth is estimated to be around $2 million.

Troy Landry is a married man with Bernita Landry, who is a teacher and a publicist. They have three children's together.

Brandon Landry is the first child of Troy Landry and his wife Bernita Landry. Brandon works with his father in the tv show "Swamp People".

Jacob is the second child of Troy Landry and Bernita.

Chase is the third child of Troy Landry and Bernita.