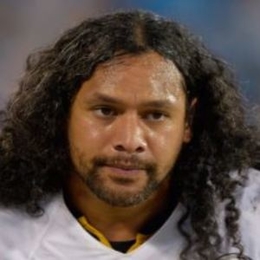 With a football career that spanned over twelve years, Troy Polamalu is a former successful American footballer who played for Pittsburgh Steelers. Today, Polamalu enjoys his retired life with his wife while raising their two children.

Retired footballer Troy Polamalu indeed quit his career to contribute his time to his beloved family. Well, besides his religion, the California native has also been able to spend much of his time with his wife and children since his retirement in 2015. 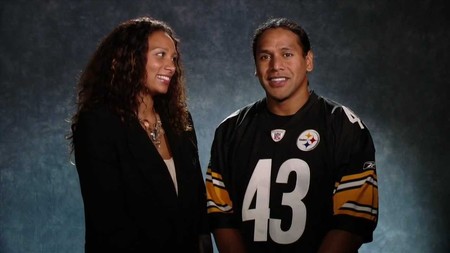 Polamalu is married to a fellow devout Christian wife, Theodora Holmes who also hails from a background in football and attended USC just like her husband. And, Polamalu has been religiously loyal to his wife Holmes since the love birds married in 2005.

As for Troy's in-laws, his wife is the daughter of Mike Holmes who played football for the University of Michigan. Likewise, his brothers-in-law aka his wife's brothers are also footballers, Alex Holmes and Khaled holmes, a former college athlete nominee of 2013 for Sports Illustrated.

Both Alex and Khaled played for USC. Not to mention, Troy indeed met Theo through her brothers and even asked Khaled Holmes for permission to ask his sister out on a date. 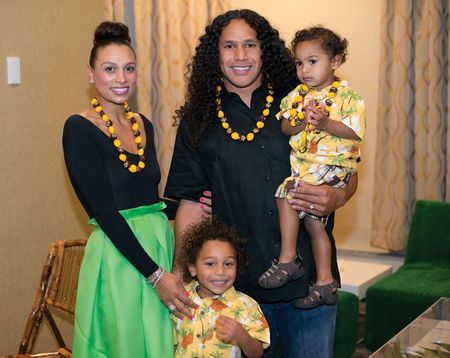 A family picture of Troy Polamalu and his wife Theodore Holmes and their two sons. SOURCE: Pinterest

Net Worth & Earning of Troy Polamalu

Troy Polamalu himself claims that he was named Troy by God for a reason citing he was born to come to USC and play for the college's Trojans football team. Polamalu has been playing football since his early days and was easily selected since his freshmen year of college.

While still in college, Troy was drafted by the NFL and discontinued his college before joining back in 2011 to finish his academics degree. Throughout his ups and downs football career that gave him several injuries, Polamalu, known for his signature long and curly hair, played for Pittsburgh Steelers.

The athlete is estimated to hold a net worth of more than $30 million. Not to mention, with his wealth, Troy has been able to buy a Spanish-styled mansion worth $9 million for his family.

Theodora Polamalu who keeps s lowkey profile is the wife of retired footballer Troy Polamalu, the father of her two sons.

Paisios Polamalu is the first child and the son of American footballer Troy Polamalu and his wife Theodora Holmes.

Ephraim Polamalu is the second child and the son of American retired football player Troy Polamalu and his wife Theodora Holmes.