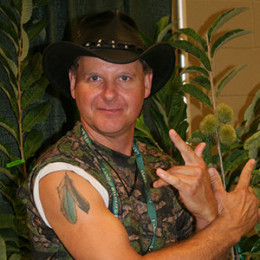 Ernie Brown Jr. is mostly famous as the character of "Turtleman" in the Animal Planet reality TV show "Call of the Wildman".

Turtleman's Wife left him after he Lost Teeth

Turtleman whose original name is Ernie Brown Jr. caught his largest turtle at the age of 17 and nicknamed it "The Loch Ness Turtle". Despite being named Turtleman, he operates a nuisance animal removal business catching and releasing all sorts of nuisance animals. 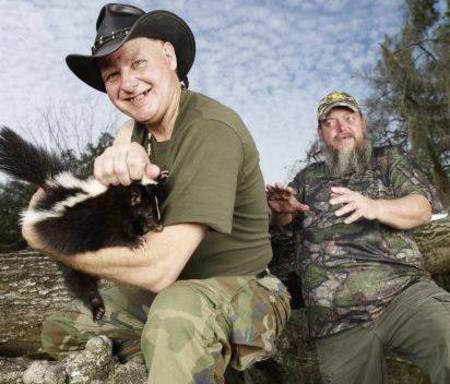 Turtleman, AKA Ernie Brown Jr. was previously married before his wife divorced him after he lost his wife. SOURCE: Facebook (Call of The Wildman)

Unfortunately, Turtleman lost some of his teeth in a chainsaw accident and his wife left him saying she didn't want to be married to someone with no teeth. But, losing a wife wasn't the worst case for Turtleman. Ernie had his home robbed that made him lose valuable goods and face assets destruction.

Furthermore, Brown and his wife had been married for 14 years and had two children, both of them being daughters. The divorced couple shares a custodial relationship now. Ernie keeps his private life away from the public but frequently updates his fan on his work on Facebook.

Ernie was born and raised in Kentucky to his parents Ernie Brown and Lola Brown. His birth sign is Aries. He turned into Animal Planet TV Star due to his ability to catch turtles bare-handed. 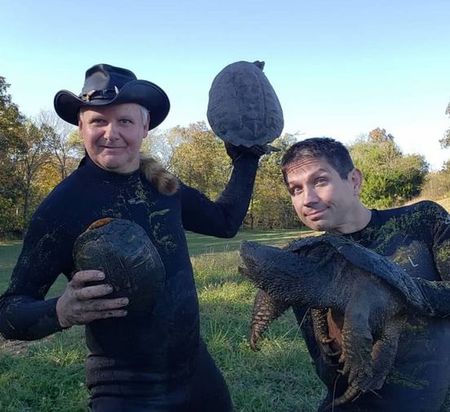 Ernie Brown Jr. is best known for his nickname, Turtleman. SOURCE: Facebook (Call of The Wildman)

Brown is the star of the Animal Planet reality series Call of the Wildman. He received the name 'Turtle Man' because of his ability to catch snapping turtles bare-handed. Generally, Turtleman is expected to have caught 300 turtles per year.

In addition, Turtleman began catching turtles from the age of seven. He got noticed after Kentucky Educational Television's released his extraordinary capability to catch snapping turtles bare-handed in Kentucky Afield.

It was after the incident, the Animal Planet TV team visited him personally and thought of making the TV series. Today, Turtleman is best known for Call of The Wildman. Turtleman's net worth is estimated to be $1 million as of 2019.

Ernie was married to Debbie for 14 years. When Ernie lost some of his teeth in a chainsaw accident, his wife had divorce with him saying she didn't want a toothless husband. They have two children together.

Courtney is the first daughter of Ernie. She was run over by a car along her sister when she was a child. She was in coma for about 4 months. Courtney has a severe case of juvenile diabetes.

Meghan is his second daughter. She has paralysis below her neck after her operation of gallbladder went wrong and she is blind as well.