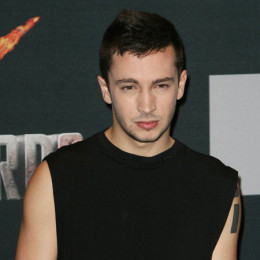 Tyler Robert Joseph is an American singer/songwriter, musician best known as the lead singer for the band Twenty One Pilots. He is child of Kelly, a math teacher in the Olentangy junior School and Chris, a principal and coach at Worthington Christian High School. Initially, he studied at Olentangy junior School where his mother was teacher. He along with his colleagues Nick Thomas and Chris Salih founded the band Twenty One Pilots in 2009.

Talking about his personal life, he is no more single. He recently is married to his girlfriend. Till now there is no record of his past affairs and other activities. He has been a bit of conscious about his private details so has managed to keep it safe for himself. He does not have any children. The couple seems to have a good mutual understanding and care towards each other so the question of getting a divorce does not arise in meanwhile.

Tyler Joseph was born on December 1, 1988, in Columbus, Ohio to Kelly Joseph (neé Stryker), a math teacher and Christopher Anthony "Chris" Joseph, a coach. He was raised along with his brothers, Zachary Phillip "Zach" Joseph (also a singer) and Jay Thomas Joseph, and one sister, Madison Grace Brett.

Joseph is American and belongs to the White-American ethnicity. He is interested in basketball since his early days and went to play point guard for Worthington Christian. However, he rejected the basketball scholarship offer from Otterbein University because he finds his interest in music.

Detailed information about her has not been disclosed yet. The couple were engaged on July 8, 2014 and now are happy with each other.