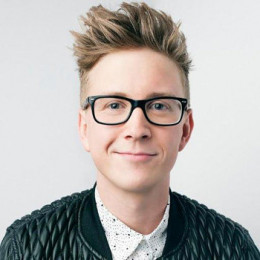 Mathew Tyler Oakley is a YouTube star, humorist and activist, who began making and posting videos in YouTube since 2007. He is known for posting material on various topics such as humor, queer politics and pop culture. As of Jan 2016, he has earned over 7,880,000 subscribers. He is very with his mother, Jackie Oakley whom he has featured in some of his videos.

Talking about his sexuality, he is openly gay and is a former member of the successful collaboration channel "5AwesomeGays". Actually, he hasn't been much friendly regarding his love life. Till now there is no any information regarding his partner, as he is so charming he might have dated some men in his past days. Being so popular he hasn't been a part of any controversial issues till date.