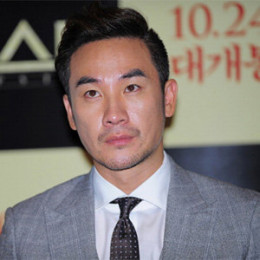 A South Korean actor, Uhm Tae-woong began his career with the 2005 romantic comedy series 'Delightful Girl Choon-Hyang', a modern retelling of the classic Korean folktale 'Chunhyangjeon'. He is the son of Yoo Gyeong-Sook and Uhm Jin-Ok, a public school music teacher, who died from a motorcycle accident. In 2013, he won 47th Taxpayer's Day award in a category of Presidential Commendation for his work in 'The Blade and Petal'.

Uhm Tae-woong was born on April 5, 1974, in Jecheon, North Chungcheong Province, South Korea to Uhm Jin-OK. His birth sign is Aries which defines his personality as adventurous, versatile, passionate, someone who is extremely driven and has their eye on success. Uhm Tae-Woong has an elder sister, Uhm Jung-Hwa.

Uhm attended Kyungmin College where he studied theater and performed Arts. He completed his graduation from the Konkuk University in School of Mass Communications.

Uhm Tae-woong started his acting career in 1998 at the age of 24 when he made his appearance in The Happenings. Then he went on to appear in a number of more films and series but still remained unable to get the real taste of success until the year 2003, when he got the opportunity to be starred in Silmido as a member of a suicide commando unit. The film was a huge hit and helped him to get massive public attention.

Uhm, however, got his major breakthrough in 2005's romantic comedy series called 'Delightful Girl Choon-Hyang'. Then he appeared in a number of series and films including, Family Ties, The Devil, My Love, Forever the Moment, Chaw, Cyrano Agency, and several others.

In 2004, Uhm played a dying man in the acclaimed Drama City episode 'Blue Skies of Jeju Island'. And for his great performance in the series, he was awarded his first acting trophy at the 2004 KBS Drama Awards.

Uhm Tae Woong is one of the most popular South Korean actors who succeeded to earn a good amount of name and fame. He has accumulated a handsome sum of fortune from his acting career so it's safe to say that his net worth stands at an estimated staggering number of hundred thousand to $1million.

The duo was first introduced by Uhm's older sister Uhm Jung-Hwa. The duo is blessed with a daughter named Uhm Ji-On who the couple welcomed on June 18, 2013.

Uhm Tae-woong is very active on Instagram where his fans can find him under the username taewoong74.

Tae-woong regularly updates his fans with pictures of his selfies, family including his daughter, dog, and his possessions.