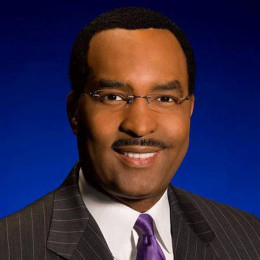 Ulysses Samuel Washington III aka "Ukee" is a co-anchor for the weekday morning newscast on KYW-TV. He has played some roles movies like Unbreakable, Signs, Shooter, Live Free or Die Hard and in CBS drama series Hack. His father is Ulysses S. Washington, former football coach at Delaware State University. He has been named to the Philadelphia Broadcast Pioneers Hall of Fame (2008) and Pennsylvania Association of Broadcasters Hall of Fame (2015).

He hasn't been through any controversy yet and has been able to make his good image in public. There is no any rumor about him.

Details about his current net worth and salary is still under review.

He is a co-anchor for the weekday evening newscast on KYW-TV. Currently, he is working as the anchor of Eyewitness News on CBS 3.