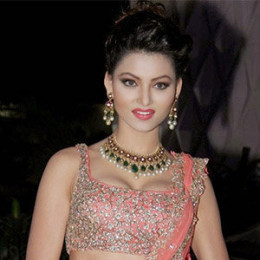 Indian film actress and model predominantly works in Hindi films, Urvashi Rautela signed her second item number in Kaabil (2017) starring along with Hrithik Roshan. In 2016, she won the Tassel Fashion and Lifestyle Awards in a category of Beauty of the year. In June 2015, she was signed as the lead actress in the third installment of Masti film series, "Great Grand Masti," for which she was praised for her role.

Urvashi Rautela is a daughter of Manvar Singh and Meera Singh. There is a rumor that she dated Akash Ambani the son of India’s richest man as well as a businessman, Mukesh Ambani. Rautela is the winner of Miss Asian Super Model 2011 in South Korea also won the Miss Tourism Queen of the Year in the year 2011 held in China.