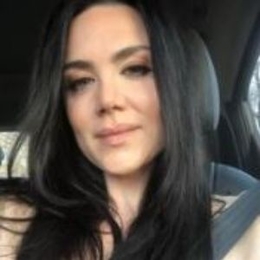 Vanessa Amorosi is a prominent Australian singer & songwriter widely recognized for her single Absolutely Everybody & Hello Me. She is also known for covering songs of various genres like pop, rock, jazz, and gospel.

Vanessa Amorosi is a blissfully married woman who walked down the aisle with her boyfriend turned husband, Rod Busby, a martial arts trainer in October 2017. The lovebirds wed on Halloween in the Kill Bill Church in Lancaster, California, in a lavish wedding. 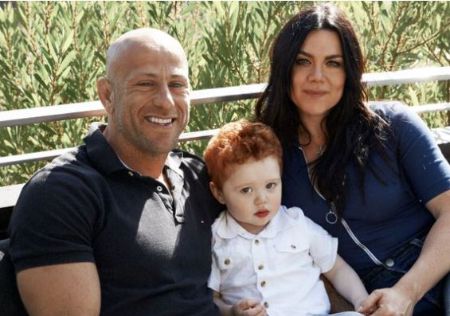 Not to mention, the Melbourne-born singer met her future hubby Rod Busby for the first time at a bookshop cafe in California. At the time, Vannesa wasn't looking for love. But as it was fate, Vanessa instantly fell in love the minute she met Rod. Within three months, Vanessa and Rod became engaged.

Initially, marriage and kids were never in the plan of Vanessa. However, meeting Rod changed everything. So, in 2017, the couple went on to welcome a baby boy named Killian Busby. Amorosi currently resides in Los Angeles while recording new studio albums. As of 2021, there are no rumors of extra-marital affairs or divorce between Amorosi and Busby.

How rich is Vanessa Amorosi?

Vanessa Amorosi began singing at the age of 12 & released her debut 'Have a Look,' single in 1999- that reached gold status in Australia. In her lifetime, the recording artist received 16 ARIA as well as APRA nominations.

Likewise, the singer released her second studio album Change in 2002. The third album, Somewhere in the Real World of Amorosi, came in 2008, and both records earned popularity. 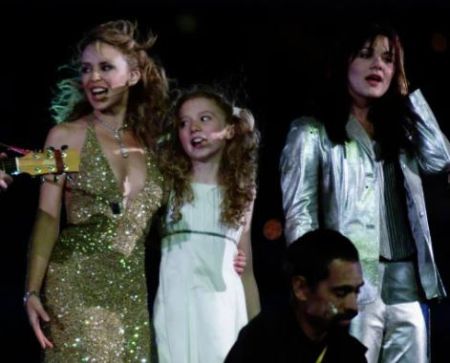 Vanessa Amorosi was on the stage at the Sydney Olympics alongside Kylie Minogue and Nikki Webster. SOURCE: The Age

Then, with Amorosi's first band, Vanessa wrote a record & wrote her debut single album, The Power. In 2009, she moved to LA and met Dave Stewart from the Eurythmics. Stewart influenced Amorosi's album Hazardous which debuted at No. 7 becoming weekly's highest Australian album debut.

Further, on March 30, 2021, Amorosi released Ep Vol. 1, featuring six soul & gospel music tracks. Coming to her net worth, the Australian recording artist accumulated no less than $3 million. Thanks to her album and single sales, which reached over two million sales worldwide earned her fame and wealth.

On the other hand, in March 2021, the Absolutely Everybody singer filed legal action against her mum & took her to the Supreme court. The allegations regard unpaid earnings from her mother and taking control of her finances in 1999. Amorosi claimed royalties, tour income, and investments of over 20 years from her mum, which were missing.

Vanessa Amorosi is the wife of her longer-term husband, Rod Busby. The couple shares a son Killian Busby.

Killian Busby is the son of Vanessa Amorosi, shared with her husband, Rod Busby.