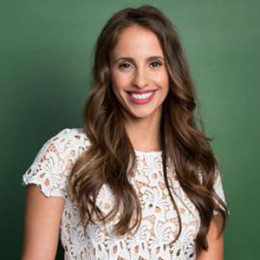 Vanessa Grimaldi is an American reality star, came into limelight after she won the 21st season of the ABC reality series The Bachelors, featuring Nick Viall. As the winner of the show, she got engaged to Viall, but their relationship only could last for 5 months. At present, Grimaldi is possibly single.

Vanessa Grimaldi was born on 29 September 1987 in Montreal, Canada. She holds Canadian nationality, and as per her ethnicity, she is Mixed( Italian-Canadian). She was born to Pat and Mary Grimaldi has two siblings Patrick Grimaldi and Melissa Grimaldi.

After her college, Grimaldi served as a special education and Italian teacher in Montreal Canada.

Grimaldi and Raven Gates reached the finals, Vaill chose Grimaldi to be his partner, making her the winner of the 21st season of The Bachelor.

Following the fame from the show, she made her acting debut in an episode of the comedy series, Blue Mountain State. She has also co-hosted two episodes of the mini-series Can Your School Rock.

She has also played the character of Lola in Being Human and as New Stewardess in the movie Ascension.

Vanessa Grimaldi and Nick Vaill fell for each other during the 21st season of The Bachelor. She reached the finals of the series where Vaill chose her over Gates. He got down on his knees and proposed to her during the finale on March 13, 2017, which she accepted. There were rumors regarding Grimaldi being pregnant. However, they denied the story.

The couple could only last for 5 months and called it quits on 25th August 2017.

Just after two months of her breakup with Viall, Grimaldi was rumored to be dating another guy. She was caught with professional hockey player Brendan Gallagher, having brunch in the Old Port.

Later, Grimaldi addressed the rumors saying that they were just friends. She is possibly single at present.

Vanessa Grimaldi earns a good amount of money from her career as a reality television star and her teaching career. As of 2018, Grimaldi's total net worth is estimated to be $270,000.

While working as a teacher before entering the show business, she earned a salary close to $65,000, according to sources average pay of a teacher in Canada.

As she was the winner of 21 seasons of The Bachelors, she was paid $70-$90k for the season. After winning the season, Vanessa Grimaldi got a special proposal from the man she loved, along with a new diamond ring.