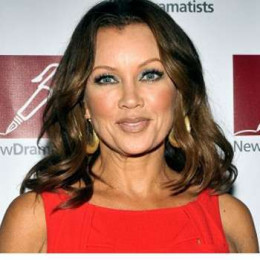 Vanessa L Williams is an actress and singer of American nationality known for her appearances as Wilhelmina Slater in Ugly Betty and as Renee Perry in Desperate Housewives. She has also been known in regards to her film roles on Soul Food and is a former Miss America. She was born on Bronx, New York City, New York to mother Helen Tinch and Milton Augustine Williams Jr.

Williams married her manager Hervey on 1987 and was together with him for a decade and was the major breadwinner during the time.

NBA basketball player Rick Fox and Williams married on 1999 and split due to infidelity issues on Rick's side.

Skrip, who is a businessman, has been married to Williams since 2015 and the couple seems to be getting along pretty well.

Rick and Williams have a daughter Sasha together.