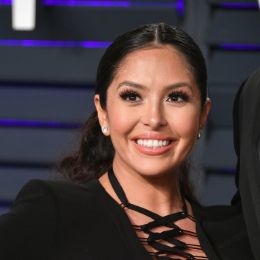 The sporting world was shocked by the sudden death of the basketball legend Kobe Bryant, who was killed in a helicopter crash on January 26, 2020. The unprecedented incident left a deep scar in the hearts of many NBA fans. For many, he was more than just a basketball star. He was an inspiration and an idol for millions of young people around the world, and his passing left many of them heartbroken. The most hit person by the event was his wife, Vanessa Laine Bryant. She not only lost her beloved husband to the horrible accident but also her young daughter, Gianna, which left deep pain in her heart.
While the whole world grieves the loss of an extraordinary personality and reminisces about his achievements, it is important to note that Kobe's wife Vanessa was a major factor in his success. Just like the saying, 'Behind every great man, there's a great woman,' Vanessa helped Kobe attain that status of 'great man.'

When Did Vanessa and Kobe First Meet?

In November of 1999, Kobe fell for the 17-year-old beautiful background dancer Vanessa Laine. She was working on the music video 'G'd Up' by Tha Eastsidaz at the time. Kobe Bryant, 21 years of age then, was also working on his debut album. 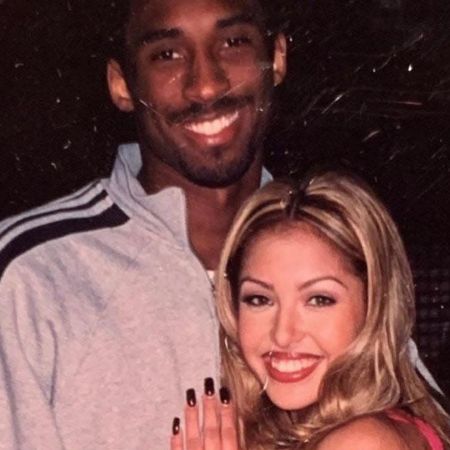 Vanessa met Kobe in 1999 while Vanessa Laine was working as a background dancer on the music video 'G'd Up' by Tha Eastsidaz. Source: Yahoo

The two started dating and after six months, they got engaged in May 2000. But during the time of engagement, Laine was still a high school senior at Marina High School in Huntington Beach, California. In order to avoid the judgments from the people and the media especially, she sped up and completed her high school by doing independent study.

Kobe's Family Did Not Accept Vanessa at First

Kobe's family did not approve of the relationship of Kobe with Vanessa. They did not want him to marry so young and specifically marry a girl who was not African-American. When the couple got married on April 18, 2001, their wedding was not attended by Kobe's parents and sisters. 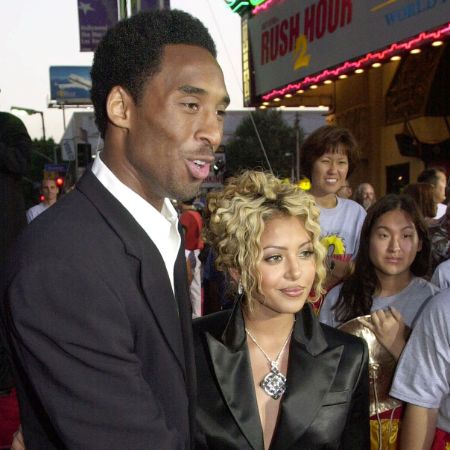 Vanessa and Kobe's wedding was not attended by Kobe's parents and sisters. SOURCE: US Weekly

But Kobe's parents could not stay mad at him for long and their hearts finally melted when the couple had their first child, daughter Natalia Bryant in 2003. The family then reunited with the couple and they have a good relation since then.

On June 2003, a 19-year-old woman accused Kobe Bryant of sexually assaulting her on a trip to Denver. But even after the allegation, Vanessa tried to hold together their marriage and still believed that Kobe will make amendments to make it work. She expresses her thoughts in a statement saying:

"I know that my husband has made a mistake, the mistake of adultery. He and I will have to deal with that within our marriage, and we will do so. He is not a criminal."

Kobe Bryant was accused of sexual assault in 2003 which strained his marriage with Vanessa. SOURCE: Los Angeles Times

Kobe later regretted his actions and apologized in front of a press conference in July 2003 at Staples Center. He said, with Vanessa holding his hand by his side:

"I sit here in front of you guys furious at myself, disgusted at myself for making the mistake of adultery. I love my wife with all my heart. She's my backbone."

The accuser didn't testify and the case then closed. Kobe settled a civil suit out of court with the accuser for an undisclosed amount on March 2, 2005.

Vanessa had to suffer from a miscarriage in early 2005. The cause was due to her ectopic pregnancy.

In 2015's Showtime Documentary 'Muse,' Bryant revealed that the miscarriage was a big blow to his family and he blamed himself for its cause. 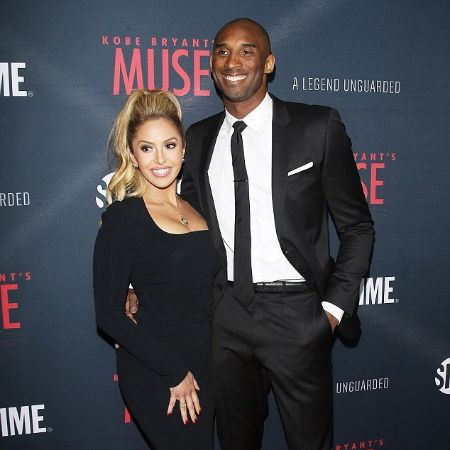 Kobe wondered if the stress Vanessa felt by his sexual-assault scandal led to the miscarriage. He said:

Vanessa And Kobe's Second Child, Daughter Gianna Bryant, Was Born on May 1, 2006 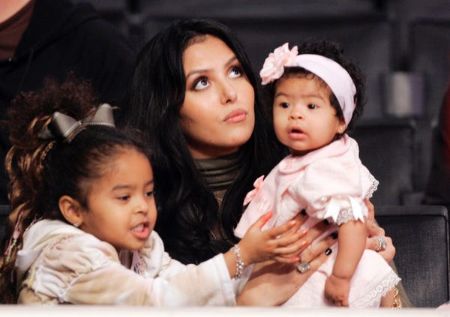 Vanessa gave birth to the second daughter Gianna on May 1, 2006. SOURCE: Business Insider

Bryant couple welcomed their second daughter, three years after their first one, on May 1, 2006. Happy with the new arrival into his family, Kobe said in a statement:

"The arrival of our daughter early this morning is an incredible blessing for me and my family. We are all full of beautiful emotions after what has been such an incredible day."

Vanessa Filed For Divorce From Kobe on December 16, 2011

On December 16th of 2011, Kobe-Vanessa's marriage hit another strain as Vanessa filed for legal separation from Kobe in Orange County Superior Court. They had been together for 10 years by then. The file cited the cause to be 'irreconcilable differences,' and both Kobe and Vanessa requested joint custody of their daughters. 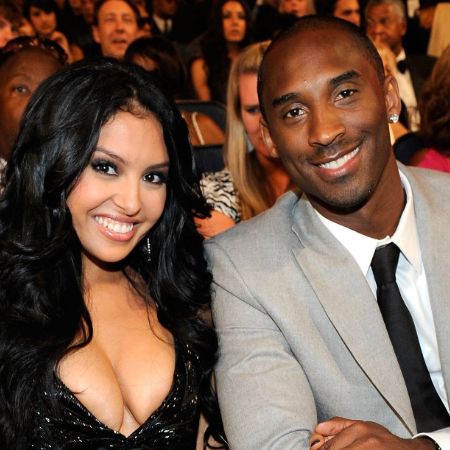 But the couple reconciled, announcing they had backed off from the divorce on their social media accounts on January 11, 2013.
Kobe took to Facebook to say, 'when the show ends and the music stops, the journey is made beautiful by having that someone to share it with.' And Vanessa told her followers on her Instagram on their reconciliation that they are looking forward to their future together.

In December of 2016, Vanessa gave birth to the third child, Bianka. It was shortly after Kobe officially retired on April 13, 2016. 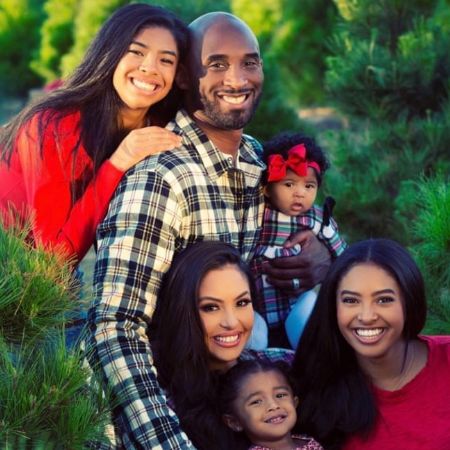 Vanessa gave birth to the third daughter Bianka on April 13, 2016 and the fourth one, Capri Kobe in June 2019.   SOURCE: The Guardian

The couple then had their fourth child, Capri Kobe Bryant, in June 2019.

Vanessa Laine Bryant has a net worth of a whopping $600 million which she received as a inheritance after her spouse Kobe Bryant's untimely death.

Vanessa Liane Bryant was born on May 5, 1982, in Los Angeles, California. Her birth name was Vanessa Cornejo Urbieta. Vanessa's father was not a part of her life since her early years, so no information is available on him. She lived with her mother Sofia Laine and step-father Stephen Laine. Her mother divorced Stephen in 2002.

Stay tuned to MarriedWiki for more celebrity-related Biography and News!!