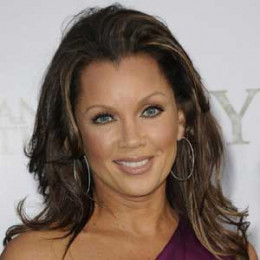 Vanessa Williams was crowned the first African-American Miss America, where she was part of a scandal and was asked to resign from her post as the beauty queen, She won 16 Grammy Awards nomination for her songs. She also played in many movies wich made her a famous actress.

Vanessa Lynn Williams is an American singer, actress, producer and former Miss America, born on March 18, 1963, in Millwood, New York, to father Milton Augustine Williams and mother, Helen Tinch. She was raised along with her younger brother Chris.

Williams attended Horace Greeley High School. She was enthusiastic in singing and dancing from her early age. With the passion of becoming the first African-American Rockette, Vanessa learned classical and jazz dance and also theater arts.

During her first year at Syracuse University, she worked as a receptionist and makeup artist for Tom Chiapel, who is a local photographer and organized photo shoots including nudes. Once the photographer expressed his interest in featuring Williams as a model, she accepted. Williams featured for two sessions with Chiapel followed by the third session with another photographer. She was dissatisfied with the offensive nature of third shoot photos and asked to destroy the negative.

After the photo shoot, she returned to Syracuse and continued to study theater and music, While studying, she was asked to participate in the Miss Greater Syracuse pageant, where she hesitated to enter but later compete and won easily and later crowned Miss New York in 1983.

On July 1984, after her year-long reign, Williams was in the midst of a scandal. The nude pictures that Chiapel took during her freshman year, which she had not approved for publication, were published on the pages of Penthouse Magazine and the Miss America pageant board asked Williams to resign her post, giving up several million dollars worth endorsement deals in the process.

Williams continued to clean up her bad image, with the help of public relations expert Roman Hervey II, she landed a film role in 1987 movie 'The Pick-Up Artist,' alongside Molly Ringwald, Robert Downey, Jr., and Dennis Hopper.

Hervey helped Williams bring her career back on track, helping her to sign a recording contract with PolyGram, and supported her through the release of her 1988 album, 'The Right Stuff.' The singles included on the album like- " The Right Stuff," "He's Got the Look," and "Dreamin" made to the top 10. The album helped her to win the title of Best New Female Artist award from the National Association for the Advancement of Coloured People that year followed by three Grammy Award nominations.

In 1991, she released her second album, 'The Comfort Zone", which sold 2.2 million copies in U.S. In 1993, her duet with R&B star Brian McKnight, "Love Is," was listed three weeks at No.1 on the adult contemporary charts. In 1994, Williams third album The Sweetest Days was released and successfully won two Grammy Awards nomination. Altogether, Williams received 16 Grammy nominations for her music career.

Williams successfully entered television and film line,  performed in 'Motown execute Suzanne de Passe in the TV movie The Jacksons-An American Dream in 1992;  starring role as Wilhelmina Slater in Ugly Betty from 2006-10" and as Renee Filmore- Jones in the drama Desperate Housewives in 2010.

She also showed her great ability with movies such as Eraser in 1996, the action flick starring Arnold Schwarzenegger, and the romantic comedy Soul Foon in 1997, for which she won an Image Award.

Vanessa has married three times till date. She married her first husband, Ramon Hervey II and helped her to bring her career back on track.They married in St. Francis Xavier Catholic Church in 1987. Later they divorced in 1997. They have three children together, two daughters Melaine and Jilian Hervey and son Devin.

After her first divorced she then married NBA basketball player Rick Fox in 1999.  After five years of marriage, they divorced in 2004. They have one daughter, Sasha Gabriella Fox.

Williams in 2015 married Jim Skrip, a businessman from Buffalo, New York. Currently, they are living a happy life as husband and wife.

As of 2017, Vanessa's estimated net worth is around $28 million dollars.

Vanessa Williams married Ramon Hervey II, who is public relations expert. They have three children together.

Venessa Williams married Rick Fox, who is an NBA Basketball player after the divorce from her first husband. They have a daughter together.

Venessa Lynn Williams married Jim Skrip, who is her third husband, They are living a happy life together.