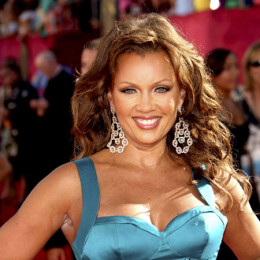 Vanessa Lynn Williams is a singer, actress and fashion model, known for her appearance in Desperate Housewives, as Renee Perry and in Ugly Betty, as Wilhelmina Slater. After holding the title of Miss America 1984, she rose to fame and became the first African-American woman to win the title. Some of her honorable awards includes: 7 NAACP Image Award and 3 Satellite Awards. She was born to music teachers Milton Augustine Williams Jr and Helen Williams.

Her personal life is full of ups and downs. Till now she has been married three times and is a mother of four kids. She was married to her first husband from 1987 to 1997 and from their 10 years of marriage, they have raised 3 children. With her second husband she has raised a daughter. Since 2015, she is enjoying her third marriage. These days she lives in Chappaqua, New York.

He is the first husband of Williams, who by profession is a public relations consultant. The two were together for almost 10 years.

This NBA basketball player is the second husband of Williams. The main reason for their divorce is said to be Rick's extra affair.

He is the third and current husband of Williams, who is a retired accountant from Buffalo. They have been dating since 2012.

She is the eldest daughter of Williams, who now is an actress.

She is a singer and member of the group Lion Babe. She released her first single with Lion Babe in 2012.

He is the only son of Williams, who was born safe and sound.

She is the youngest child of Williams, whose images can be viewed on the internet easily.