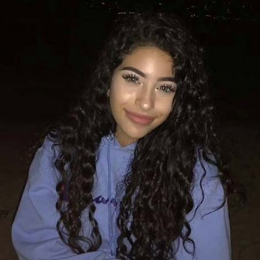 The development of the Internet has given many adults and teens a great opportunity to achieve fame by showcasing their skills and beauty on media sites. Well, Vereena Sayed is one of those teen personalities who became popular for her beauty vlogging, makeup tutorials and Get Ready Me Vlogs. The gorgeous model also landed a role in the series named 'Stuck' because of her Internet work.

Vereena Sayed's Personal Life; Is she Dating a BoyFriend?

Vereena Sayed is possibly single as of now and it seems she prefers to focused on her career than anything else. The YouTube sensation is out of any relationships and never spotted with any other boys than her friends. 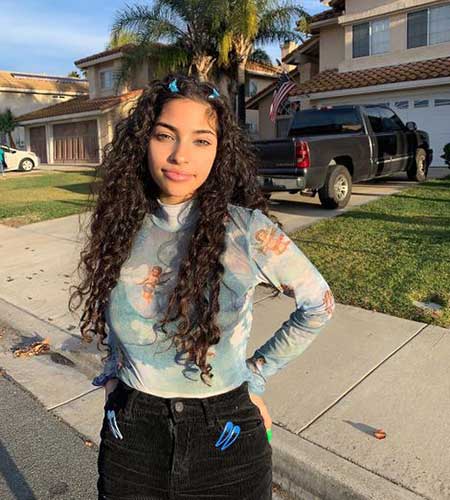 Vereena, however, was rumored for dating the fellow Internet personality Billy. Following that, the rumor can't be true as Billy is open about his sexuality and admits as a gay. Here is the post-Billy shared with Sayed and says and explains there is nothing between the duo as he is gay,

Apart from that, Vereena also uploaded a YouTube video on her channel with the title, "My Boyfriend and I match outfits for Coachella". Besides, at the end of the video, she also explained that Billy is gay and is not her boyfriend.

On February 26, 2019, Sayed shared a post with Instagram sensation, Denzel Dion and explained about their friendship and also said I Love You! So is there anything cooking between them. Let's wait for some time and see what the duo shares more about their relationship.

As of 2019, Vereena is waiting for the love of her life and is busily pursuing her career. Additionally, she is an animal lover and owns two pet dogs.

What is the Net Worth of Vereena Sayed?

Vereena Sayed's net worth lies somewhere between $100,000-$500,000. She gathered that fortune from her career as a YouTuber. In addition, the average salary of a YouTuber depends upon the number of views he/she earns and the ads he/she plays on a video. More to that, the YouTuber's video with 5 million views will earn a total of $5000 and $90,000 for 5 million ad views.

The-16-year-old YouTuber often shares her vlogs which are related to beauty and makeups. Furthermore, she also features her Get Ready with Me vlogs on her channel with makeup tutorials. What's more, she joined the YouTube community in 29th May of 2012 but started uploading videos after five years in 20th Feb 2018. Apart from her YouTube career, she also appeared in the series named Stuck.

Vereena Sayed was born on 22 May 2003 in the United States. She holds American nationality and was born under the Gemini star sign. Further, she is a private person regarding her personal life and prefers to keep the information regarding her early life within herself.

Vereena is a gorgeous actress and YouTuber who stands at a decent height and owns a pair of striking blue eyes and black hair. Besides, she is also an active Twitter user who owns a following of 56.1k on her Twitter account.