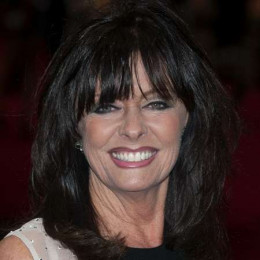 Vicki Michelle, best known for her acting in 'Allo 'Allo!, a BBC television comedy series is a popular actress. She is also popular for her recurring character Patricia Foster in Emmerdale. She followed foot trails of her mother who was also an actress by profession. Her father was a fish-trader. She had keen interests on stage and performances from her youth also leading her to ballet dance school. She has a huge number of television and film credits following over four decades of work on the screen. She has also been honored as Member of the Order of the British Empire (MBE).

Vicki Michelle is a married woman and is enjoying a happy married life with her husband being blessed with a child. She has devoted all her life towards acting and never got surrounded by off-topic rumors. She kept her personal life off the screen and always preferred to remain away from the limelight. She is yet considered a very talented and gorgeous actress of her time. She still has a long life ahead to serve for the entertainment industry and she is well dedicated in entertaining her fans.

Graham and Vicki got married in 1974. They are not only husband and wife to each other but are soulmates in true sense and are leading fulfilling life together.

Louise Michelle was born in 1989 and is the only child to Graham and Vicki. She has grown talented and beautiful and like her mother, she is also an actress.