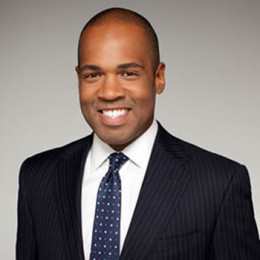 An American journalist and television news anchor who is better known as the anchor of Sunday on CNN and New Day Saturday. In 1999 he graduated from Milford Mill Academy. He also holds B.A. in Broadcast Journalism from Howard University. He started his career in broadcasting as employee of University’s public television station WHUT-TV. He is former reporter and anchor at WHAG-TV. He also worked as weekend anchor at WTLV in Florida. Since 2014 he is working as co-host of New Day Saturday and Sunday.

Regarding his personal life, he has not married yet. Blackwell is openly gay. He is a very strong person to admit that he is gay in public. Though he came out as gay it has not affected a bit in his career and his popularity.

Till now we have not heard any news of him dating anyone. It looks like he has not found a perfect partner yet. Recently he revealed that he underwent laparoscopic surgery to combat his struggle with his weight.