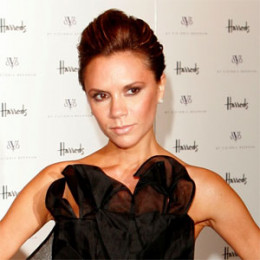 English businesswoman, Victoria Beckham is the daughter of Jacqueline Doreen, a former insurance clerk and hairdresser, and Anthony William Adams, an electronics engineer. She attended St. Mary's High School in Cheshunt. Beckham made a guest appearance on the catwalk for Maria Grachvogel on 17th February 2000. On 14th August 2000, she released her first solo single, "Out of Your Mind". Moreover, she is the only member of Spice Girls not to have had a UK number one single as a solo artist.

Her son Brooklyn Joseph Beckham (aka Brooklyn Beckham) was born on 4th March 1999.

Her daughter Harper Seven Beckham was born on 10th July 2011.