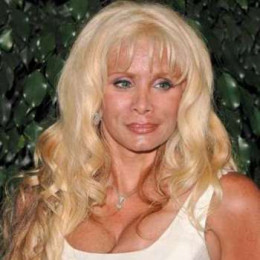 Victoria Gotti is a writer and reality television personality. She is the daughter of the deceased Gambino crime family Mafia boss, John Gotti and her mother is Victoria DiGiorgio, who is of Russian ancestry on her mother's side. She entered St. Johns University after graduating high school. In 2005, she claimed that she had breast cancer by the media. However, she admitted soon that she did have precancerous cells present on her breast rather than actual diagnosis. She was a columnist at the New York Post and the American tabloid Star. She has also authored several books including 'Senator's Daughter (1997) to 'This Family of Mine'. Since 2004, she became the star of American reality television series 'Growing up Gotti'.

Currently, she is single. In the past, she was married to a guy who belonged to Gambino crime family. They were in a relationship from her high school. They were together for around eighteen years. Within this span of time, they had three children. But after 18 years of their marriage they divorced. She divorced him on grounds of construction abandonment (no sexual relations for more than a year) because he was in jail. Before the divorce, it was alleged that her husband had been dating another woman. In the same year she was in relation with Federico Castelluccio and in the same year they got married and divorced.

She married her high school sweetheart Carmine Angello, a scrap metal dealer. Together they were parents of three sons. In 2003 he was sentenced to nine years in federal prison that made her to file the divorce and move onto her own way.

she was in relation with Federico Castelluccio in 2003 and in the same year they got married and also they divorced due to some personal deputes.

He was the first son of Gotti and Angello. His name is same as his father's name. Born on April 4, 1986 two year after their marriage, he is also a TV actor and writer. He attended New York University.

He is the second son of Victoria Gotti. Born on May 8th, 1987 is also an TV actor and has revealed his future plan to attend Harvard to study law and communication.