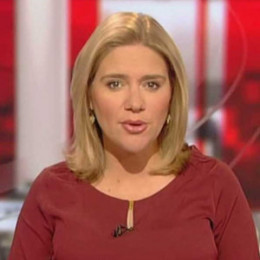 Victoria Hollins is best known as a British journalist, news reporter and newsreader for BBC London News. She postgraduate at Cardiff University in Journalism. Victoria began her career from BBC radio stations. She has worked for many channels some of them are Radio Five Lie, BBC London 94.9 and so on. She is also a radio presenter for the BBC sitcom Life's Too Short.

Victoria Hollins is unmarried and might not be dating anyone. She is quite confidential about her personal life and didn't share much about her private stuff to media.

Victoria Hollins Net Worth and Career

She is a social worker, she helps the charity group named Children in Need. BBC London News (2001), Breakfast (2000) and Life's Too Short (2011) are her popular programs. She works in the early morning programs named Breakfast.