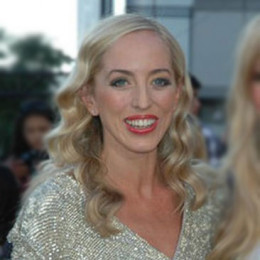 Victoria Pattinson is a British entrepreneur who currently serves as the Senior Client Director at WPP. She joined the company in 2016 soon after she left her consultant job. People mostly recognize her as the elder sister of Hollywood star, Robert Pattinson.

Victoria Pattinson was born in 1981 in London, England to Richard Pattinson, and Clare. Her father imported vintage cars from the US to sell in England and mother worked for a modeling agency.

She has two siblings; Robert Pattinson, an English actor, and  Elizabeth Pattinson, a singer. She attended the London School of Economics and Political Science and graduated in 2002. Her brother Robert Pattinson is a globally renowned movie star known mostly for the Twilight Sagas among other movies.

Victoria Pattinson began her professional career in 2002, working as channel operation executive for BSkyB company where she contributed nearly a year of her life. In 2003, she joined the WPP as a marketing manager and later served as Business Development Manager for the same company.

In 2009, she shifted to WPP Digital as European Development Director. For a short time, she was involved with Tech City Investment Organisation, but subsequently, she accepted the offer from The Space (digital Arts) for the post of Head of Brand and Partnership where she worked until 2015.

Currently, she serves as the Senior Client Director for WPP, she has held the post since 2016.

Victoria Pattinson, 36, is possibly single at present. She prefers to keep her personal life low-key and romantic life details away from media. However, she is very close to her brother, Robert Pattinson, the Twilight saga fame actor, and is quite protective of him. Mr. Pattinson is currently engaged to FKA Twigs, an English singer, after years of on and off relationship with American actress Kristen Stewart.

Victoria's sister Lizzy Pattinson is a singer who has done background vocals for their brother Robert Pattinson's movie Twilight. Robert plays the role of a vampire, Edward Cullen, on the movies. Lizzy's vocals can be heard on the 2008 track ''Who Are They'' by Carter Burwell and once again in the 2011 Twilight Saga: Breaking Dawn-part 1 again with Burwell.

Victoria Pattinson is a British entrepreneur, however, she lives a regular life. The concrete figure of net-worth isn't made public, however, she is from a good family in London with two siblings; Robert and Lizzy Pattinson in the glamour world. So, her net worth is at the least in millions. As per her actor/film producer brother, Robert Pattinson, his net worth is a staggering $100 million.