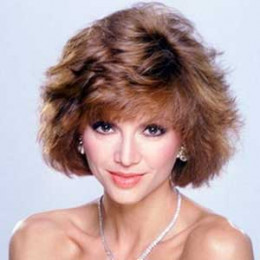 A multi-talented, Victoria Principal is an American actress, author, and businesswoman. She became popular after portraying her role as Marie Elena in "The Life and Times of Judge Roy Bean." She got married twice in her life but both her marriage did not long last.

Vicki Ree Principal, known as Victoria Principal was born on 3 January 1950 in Fukuoka, Japan to father Victor Rocco Principal, A United States Air Forces Sergeant and mother Ree Principal. She was raised along with her younger sister Kim. Her father was in the military, so they often shifted to many places.

Victoria attended different schools, she studied at the Royal Ballet School, when her family was in England. In 1968, she graduated from, South Dade Senior School. Later, she joined Miami-Dade Community College to study medicine, but after a year she met with an accident and left studies and moved to  New York to pursue her career in acting, where she studied privately with Jean Scott, who was the professor at the Royal Academy of Dramatic in London.

Principal moved to Hollywood to pursue her career in acting, without money and any experience in acting. After some struggle, she gave auditioned for the role as Marie Elena, a Mexican Mistress in Paul Newman's "The Life and Times of Judge Roy Bean" in 1972 and was selected.

In 1974, she cast in disaster film Earthquake. She continued to act in lesser-known films, such as 'I Will, I Will for Now' and 'Vigilante Force' with  Kris Kristofferson. She signed a three-picture deal with Brute productions.

In 1972, she was nominated for Golden Globe Awards for her role in the movie "The Life and Times of Judge Roy Bean' as Marie Elena in the Most Promising Newcomer-Female category.

In 1978, Victoria started her own production company, named Victoria Principal Productions. The company mostly produced the movies for television.

In 1978, Principal married Christopher Skinner who is an actor. The couple first met on the set of CBS Soap Oper Dallas. But the couple did not last longer than two years and decided to get divorced in December 1980.

After her divorce with Christopher, she began dating Andy Gibb, who is an English singer and songwriter. They first met on The John Davidson Show in 1981, where they sang a duet. The couple split in March 1982, The reason behind their split was Andy's addiction to Drugs. 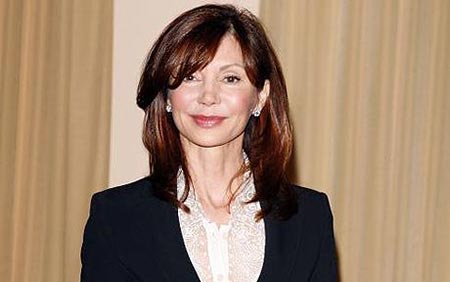 Later, in June 1985, she again married Dr. Harry Glassman, who is a Beverly Hills Plastic Surgeon. After 20 years of marriage, they divorced on 27 December 2006. Well, from both the marriages she didn't have any children. Currently, Victoria is a single woman.

Victoria Principal married Christopher Skinner in 1978. Their marital relationship lasted only for two years and divorced in 1980.

Victoria married Harry Glassman, who is a plastic surgeon. The couple lasted for 20 years and divorced in 2006.Despite being married for so long the former pair didn't have any children.