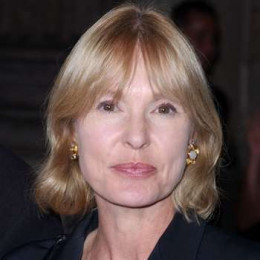 Victoria Tennant is a British film and television actress noted for her portrayal as Pamela Tudsbury in The Winds of War and War and Remembrance. Starting her acting career in 1972, she appeared as Doris Randall in The Ragman's Daughter. She wrote and co-produced the film Edie & Pen for HBO and produced Sister Mary Explains It All. She is the proud daughter of Irina Baronova, a prima ballerina and Cecil Tennant, a producer and talent agent for MCA.

Talking about her personal life, till now she has been married four times. She was married to her first husband for nearly 7 years and got divorced. She had four years of marital life with her second husband.

Her third husband is an actor and comedian with whom she was married from the year 1986 to 1994. Since 1996, she has been enjoying her fourth marriage and with her fourth husband she has raised two children, a son and a daughter.

She is renowned for her roles in the TV miniseries War and Remembrance and The Winds of War.

He is the first husband of Victoria, who is a nightclub owner who owns the famous Xenon nightclub.

British Journalist, Writer and Director, Chapman is the second husband of Victoria. The two were married from 1978 to 1982.

Stephen Glenn Martin aka "Steve Martin" is an American comedian, actor, writer and musician, who married the gorgeous Victoria in 1986 and divorced in 1994.

He is the fourth and current husband of Victoria, who is a lawyer for Warner Bros. They are married since 1996.

She is the first child and only daughter born to Victoria, whose date of birth and other details has not been disclosed to the media yet.

He is the only son of Victoria, who was born safe and healthy.