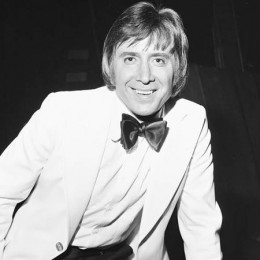 An English renowned traditional pop music singer, songwriter and record producer who has already released many albums and singles starting with 1962 hit album "The River's Run Dry." When he was just 15 years old young he started his professional singing career in a public house called The Prospect in Margate. After working as baker, truck driver and military service only he decided to became a full time musicians. He is also former band member of the Royal Signals Band. "Edelweiss" is one of his successful song he sang which charted in No. 2 hit in the UK Singles Chart in March 1967. He has also released his own autobiography named Another Hill to Climb.

Talking about his personal life he is already married. Though he has not disclosed adequate information regarding his family recently there was news that his son died after battling injury due to car crash and was unable to rouse from his sleep. By this also we can assume his family life has been a bit hard for him. All we can do is express our deepest condolence for loss of his son.

She is the only wife of him. There has been report that she is seriously ill and Vince is doing his best taking care of her health.

He was the only son of the family. He died due to car crash after battling for life for 36 hours.