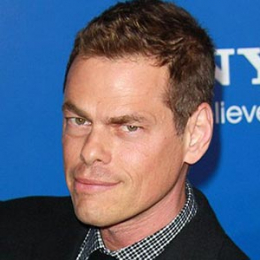 Vince Offer is a famous TV personality who has played in some infomercial like ShamWow, InVINCEable, and so on. Besides, he is a part of the Hollywood industry and has performed in a few movies and produced few.

Vince offer married his girlfriend turned wife Melody Claire Mandate on April 18, 2014. The couple shared a beautiful relationship until 2018 as Claire filed for divorce with her husband. 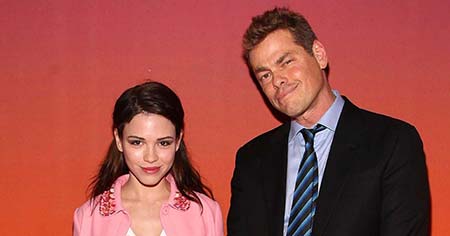 The couple tied a knot with family and friends attending the wedding in Malibu. Have a look at the picture where he lifts his wife and kisses her at the wedding! 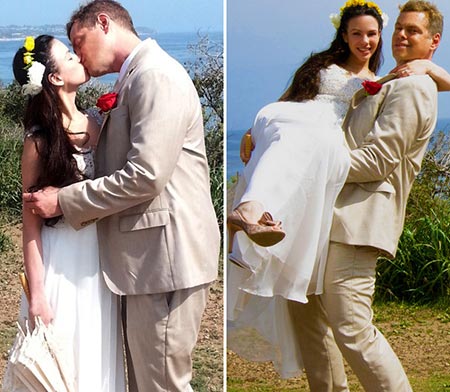 Vince Offer kissing his wife at the wedding.
SOURCE: Too Fab

They first met through their mutual friend at Chateau Marmont on February 2012. Talking about their first meeting, he said!

"We started off as friends and decided to be boyfriend and girlfriend in May of 2012. She was born in Arizona and raised in the Philippines. She came back to the US when she was 17 then worked at Disneyland Anaheim when she was 18. After a year she started nursing classes and then worked as a nurse assistant in a private retirement home for nuns."

The couple is blessed with a daughter whose name and details, they've kept out of the media. As of now, their baby girl is 4 years old. Even after being parents, their relationship couldn't be stable as they split up and are going through the phase of divorce.

They've separated but not officially divorced. Melody was seeking custody of her daughter in October 2018. Also, she did offer her ex-visitation time.

Vince Offer Career; Know About His Net Worth

Vince Offer makes a net worth of $2 million. His career in TV commercial ShamWow, which he owns, helps him earn some great money.

Famous for his ShamWow product, he also acted in a few movies like Jack and Jill, The Underground Comedy Movie, The Clapper, and so on. Besides ShamWow, he also appeared in other commercials. For instance, Canada Green, InVINCEable, Schticky, Slap Chop, etc.

Have a look at his famous ShamWow commercial!

The ShamWow is his most successful product receiving a lot of positive reviews from users. It costs $25.95 in Amazon and comes with 8 pack.

Born on April 25, 1964, Vince Offer was born with the name Offer Shlomi in Beersheba, Israel. He was raised in Brooklyn, New York. He is of Israeli-American nationality. His zodiac sign is Taurus. 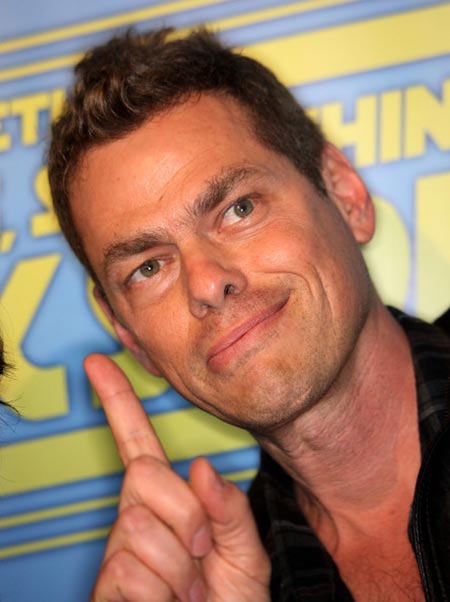 Famously known for infomercial star, Offer makes a decent career in the industry entertaining people. He pursued his interest in the industry from an early age, editing and writing comedy movie. He owns ShamWow, which is a revolutionary fabric.

Go to marriedwiki.com/wiki for information about celebrities!!!

Vince Offer married his girlfriend turned wife Melody Claire Mandate on April 18, 2014. The couple is now having a problem in their relationship and on the verge of divorce.

Vince Offer and his wife Melody Claire Mandate were blessed with a daughter whose name and details are yet to be known.